Apache Kafka is a distributed streaming platform. It is used for building real-time data pipelines and streaming apps. It is horizontally scalable, fault tolerant, wicked fast, and runs in production in thousands of companies.

This post is my notes once started learning about Kafka. Most resources referred from Apache Kafka Series - Learn Apache Kafka for Beginners - by Stéphane Maarek 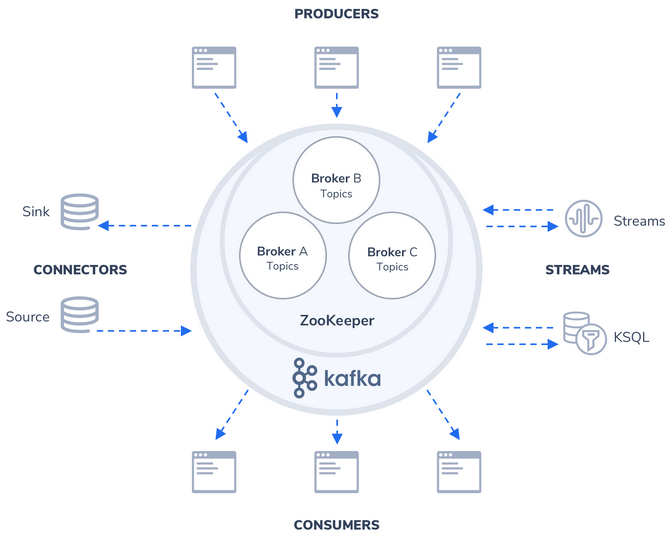 The diagram describes a complete Kafka application from source to target systems with number of terminologies living within Kafka cluster. Below sections will briefly explain their working principles.

Some worth noting in this section:

Currently, there is an effort to remove Kafka dependency on Zookeeper to make it a simpler architecture, ease of operations and better scalability.